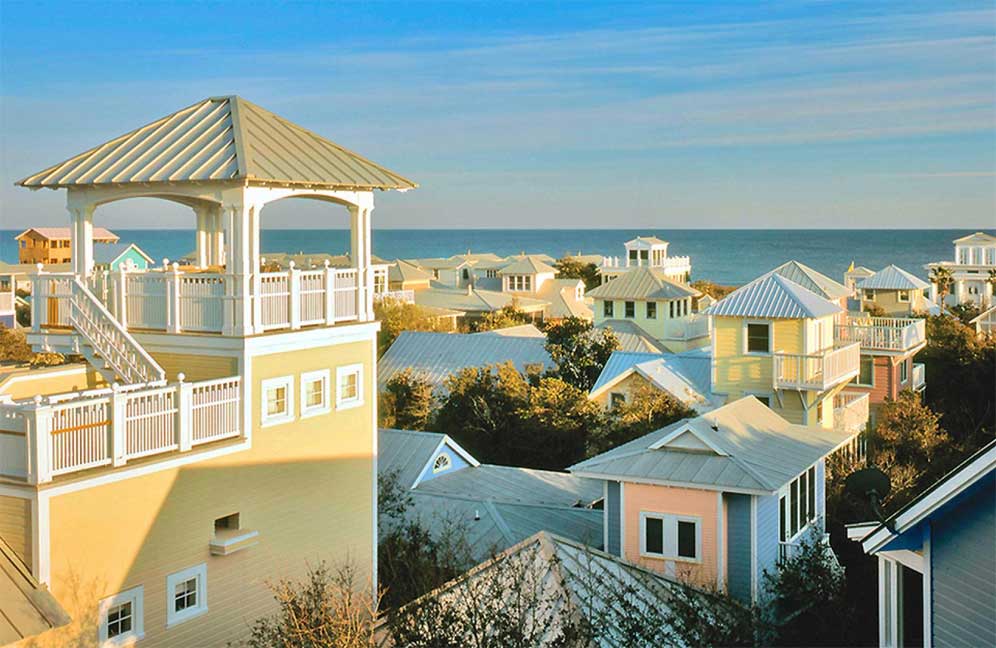 This blog will examine emergencies due to improper antidepressant use, and cases one might see in the emergency department related to antidepressants. This is important information for the PRITE and the psychiatry board exam, and critical to know as a practicing psychiatrist!

Irreversible priapism that requires surgical intervention is most commonly associated with which of the following medications? [thiothixene, thioridazine, tranylcypromine, trazadone, trimipramine]
Trazadone

The antidepressant most associated with sudden cardiac death in children.
Desipramine

The tricyclic antidepressant with the greatest seizure risk
Maprotiline (Ludiomil)

This antidepressant has the greatest risk for causing tardive dyskinesia
Amoxapine

The medical ER calls you regarding a man who has been on an Imipramine titration schedule for the last 10 days to treat his depression. He is taking 125 mg/day and his urine stream is weak and bladder feels swollen. They ask what they should do and you recommend the following agent:
Bethanechol – peripherally increases ACH

The most frequent cause of death after a TCA overdose is:
Arrhythmia – General treatment of TCA overdose consists of the following:

• If asymptomatic for 6 hours following ingestion, it was not significant and they can be discharged
• The QRS duration is a better predictor of complications (seizures and arrhythmias) than the TCA plasma level
• If symptoms do occur, patients need to be in a monitored bed with cardiac monitoring for several days (arrhythmias can appear late)
• Arrhythmia is the most common cause of death
• Recovery is usually in 2 to 3 days
• If patient is seen within 8 hrs of overdose, gastric lavage and activated charcoal can be used
• Consider Alkalinization with sodium bicarbonate to protect against cardiac arrhythmias
• Seizure control
• Consider Physostigmine to reverse anticholinergic delirium. Note that it does not correct cardiac arrhythmias

A patient presents to the ER having experienced rapid onset of confusion, palpitations, headaches, tachycardia and diaphoresis while at a party. He has a history of depression. He most likely is taking
An MAOI

What disorder does he have? He is undergoing hypertensive crisis, likely due to a tyramine reaction from the inhibition of MAOa (and MAOb to a lesser extent), which is used to degrade tyramine, a pressor substance. He says he took an over-the-counter medication for cold symptoms.

Which of the following medications is most likely to be associated with the hypertensive crisis?
A. Chlorpheniramine
B. Diphenhydramine
C. Acetaminophen
D. Pseudoephedrine
E. Ibuprofen

Answer: D. (Pseudoephedrine) – sympathomimetics are the ones to avoid, although dextromethorphan (in many cough syrups) is serotonergic and can precipitate a serotonin syndrome.

Which of the following is the most appropriate intervention for hypertensive crisis? [Lorazepam, Benztropine, Sumatriptan, Nifedipine, Lisinopril]

Nifedipine – the patient is clearly having a hypertensive crisis, likely due to the combination of the MAOI phenelzine with an OTC product like Sudafed. Lisinopril likely takes too long to do anything but Nifedipine taken sublingually should act within about 5 minutes. The instruction is to take 10mg sublingually and then repeat after 20 minutes if no improvement. There is some confusion as to the exact administration since sublingual Nifedipine appears to be poorly absorbed. Therefore, this is clearly the best answer but actually not the best treatment. I quote my 2012 Managing the Side Effects of Psychotropic Medications: A contentious literature has emerged on the pros and cons of instructing MAOI recipients to carry 10-mg Nifedipine capsules to swallow, bite and swallow, or place sublingually in the event of developing a headache that could be a manifestation of a hypertensive crisis. A 1996 review challenged the safety and efficacy of this practice, citing an increased risk for adverse cardiovascular or cerebrovascular consequences – with little evidence of benefit – from the practice of instructing patients to take nitroglycerin capsules if headaches occur during MAOI therapy.” I quoted the text exactly but I do believe that is a misprint and they meant Nifedipine, not nitroglycerin (and looking at the reference confirms that this is about Nifedipine use with MAOI-induced hypertensive crises.) Oddly or not so oddly enough, chlorpromazine (Thorazine) 25-50 mg PO or IM has been used for MAOI-induced hypertensive crisis; after all, it is a potent hypotensive and works quickly. Lest you think, I am making this up, note that this was the answer to a PRITE 2011 question on treatment for MAOI-induced hypertension.

Treatment for patients with MAOI-induced hypertensive crisis may involve the administration of which of the following medications? [Bromocriptine, Dantrolene, Diazepam, Hydrochlorothiazide, Phentolamine]

Phentolamine (an α antagonist) – Now this is the gold standard for treatment of MAOI-induced hypertension since it is an alpha antagonist, can be given IV, and works quickly. Administrations of phentolamine, labetalol, or sodium nitroprusside are all appropriate measures for treating an MAOI hypertensive crisis. Propranolol may be appropriate to add if there is prominent tachycardia.

Answer: A – She has the classic symptoms of serotonin syndrome and she went from a TCA to an MAOI and the danger of that combination is serotonin syndrome. You actually can use an MAOI with a TCA but they would have to be started concurrently or the MAOI added to TCA therapy. The problem here is that an MAOI followed a very serotonergic TCA, clomipramine. The symptoms of serotonin syndrome consist of:
1. Autonomic Nervous System dysfunction (labile BP, Tachycardia, tachypnea, fever, mydriasis, shivering, siallorhea, and diaphoresis)
2. Mental status changes (delirium, anxiety, irritability, mood changes – hypomania)
3. Psychomotor changes (agitation, restlessness)
4. Neurological changes (tremor, hyperreflexia, clonus, myoclonus, ataxia/incoordination, muscle rigidity, teeth chattering, trismus, seizures)
5. Gastrointestinal changes (Diarrhea, nausea, vomiting, and incontinence)
The 5HT1a receptor is most involved in the serotonin syndrome.

A 39-year-old patient with major depression recently had the dose of citalopram increased from 20mg/day to 40mg/day, with addition of trazadone 100mg/night for poor sleep. Ten days later, the patient is brought to the ED complaining of severe restlessness, nausea, vomiting, and diarrhea. Serum toxicology screen is negative for illicit substances. Upon examination the patient is confused, mildly agitated, febrile (100.8 F), and tachycardic (108 bpm). Neurological exam is notable for nystagmus, bilateral hyperreflexia, and ankle clonus. Tone is normal throughout without rigidity. In addition to stopping all medications and starting supportive care, treatment with which of the following medications should be used to manage the patient’s symptoms? [Bromocriptine, Benztropine, Buspirone, Meperidine, Lorazepam]

Lorazepam – with the increase in a serotonergic medication and her prominent GI symptoms, hyperreflexia, restlessness, and autonomic changes, she does fit criteria for serotonin syndrome. The presence of nystagmus is a bit odd though. Bromocriptine is discussed in the next question, but as for the rest of the proposed choices: Buspirone and meperidine are serotonergic; benztropine is anticholinergic and worsen tachycardia and fever. You can’t go wrong with Ativan in these situations, particularly when you’re wondering if it’s NMS. I wouldn’t put too much stock in trazadone interacting with an SSRI to cause serotonin syndrome, but point is, it has been known to cause it.

Which of the following medications may worsen the course of serotonin syndrome? [Bromocriptine; Lorazepam, Cyproheptadine, Chlorpromazine, Propranolol]

In addition to stopping the offending agent in the above question, the key element in treatment is:
A. Administering dantrolene
B. Administering bromocriptine
C. Supporting vital functions
D. Hemodialysis

Supporting vital functions – patient should be in a monitored bed and be given hydration to prevent renal failure. Consider cyproheptadine if no improvement or symptoms are severe.

Cyproheptadine – The patient displays hyperreflexia and shivering, which are features of serotonin syndrome. Cyproheptadine is the best treatment of the choices.

Which of the following substances would represent a concern if administered concomitantly with a SSRI? [Ginkgo biloba, Piper methysticum, Valeriana officinalis, Omega-3 fatty acids, Hypericum perforatum]

Hypericum perforatum (St. John’s wort) – it has some degree of serotonin reuptake inhibition and even some MAO inhibition, so it can cause a serotonin syndrome (potentially) when used with an SSRI. I would also be on the lookout for a possible serotonin syndrome or mania if using SAMe with another antidepressant. Ginkgo is fairly safe but can cause bleeding problems.

Serotonin syndrome most commonly occurs with a combination of these two types of antidepressants.

SSRIs and MAOIs (note that it can occur with selegiline as well, since doses above 10-15mg/day start to inhibit MAOa as well as MAOb) – Watch out for the use of a triptan (e.g., sumatriptan), meperidine, dextromethorphan, tramadol, or pentazocine with a serotonergic antidepressant.

A patient develops some cardiac conduction problems and has to taken off amitriptyline, which she has been on for years. Amitriptyline is stopped and Venlafaxine is started at 37.5 mg/day. About 2 days after the switch, she complains of feeling more irritable, anxious, poor sleep, headache, and upset stomach. She also complains of sweating and hot flashes. What should you do?
Give her an anticholinergic agent (e.g., cogentin 1mg bid) – she’s undergoing TCA withdrawal, which is essentially a cholinergic rebound.

Thank you for reading our review of antidepressant emergencies. We know this will come in handy for the PRITE and board exams, and in real life when you are a doctor practicing psychiatry.

Multi-device Saving - do questions from computer, laptop, and phone and your progress will be saved across all devices! You are not tied to one computer.

Rapid Question Flow - all questions in a block are displayed at once and graded en block. This means you can progress quickly through a group of questions instead of being forced to stop after each one.

Grade, Save & Reset - you can grade, save, and reset questions at any point in every question bank! Complete some questions and return later, everything is saved!


Our award-winning Psychiatry Board Exam preparation course covers all topics found in the ABPN Blueprints list of required subjects.

January Sale is here! Psychiatry Genius is built by psychiatrists for psychiatrists. Enjoy and we wish you all the very best! (Please note: Resident Genius is no longer a recurring subscription, but simply a fixed duration course) Dismiss